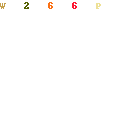 Even with the best intentions, parents make the best mistakes. Bed-wetting, also known as nocturnal Enuresis, is a common problem for children. It usually goes away in children under 5, but in some circumstances it continues into older childhood or adolescence. Parents want to fix the problems of their children, but sometime they make some very big mistakes.

Here are the top 7 mistakes that parents make with their child’s bedwetting dilemma:

1. Punishing or Scolding
Punishing or scolding a child for their bedwetting accidents is a common mistake among parents. However, this can cause the child to have more and more accidents, because it becomes worse with depression and stress. Bed wetting is an unconscious occurrence. The child didn’t wet the bed on purpose and should not be punished for the accident happening.

2. Humiliating
Humiliation can also cause the child to become stressed out and sad. Children want the approval of their parents and their peers, so when the parents use humiliation as a way to prevent bedwetting it usually only makes it worse. The child may become miserable and feel isolated with his problem. He may become to have self-esteem issues as well. It is not likely to be a good solution for the cessation of bedwetting, but many parents can’t seem to keep from making this mistake (like forcing the bedwetter to wash his wet bed linen).

3. Waking the Child Up at night
Most experts disagree, but some physicians and other professionals, may suggest that the parents should wake the child up in the middle of the night so that they will use the bathroom. while this may delay or prevent the bedwetting at the same night, it doesn’t teach the children to wake up on their own to empty their bladder when it’s full, and the child gets accustomed to empty the bladder during sleep rather than trying to keep the urine till the morning. In addition children need sufficient sleep at night in order to avoid fatigue the next day. Their self esteem and academic achievements may be negatively impacted when their sleep has been disturbed.

4. Restricting Fluid
Restricting fluid a few hours before bed can be effective, but there are a couple of problems that can accompany it. When a child is in-taking less fluid at night, the bladder begins to adjust. It may become accustomed to having small amounts of fluid inside of it at night time. This means that the bladder will be less able to hold urine in while the child is asleep. The other issue with it is that restricting fluids can be negative for the child’s health. Also, if the child becomes very thirsty during the night, it may disturb the child’s sleep.

5. Ignoring
Some parents choose to ignore their child’s bedwetting issues. Thinking the problem will just go away on it’s own, they pretend it doesn’t exist. The child may begin to feel like they are misunderstood and unsupported. Feelings of isolation may occur, and the child suffers silently because they don’t think they have anyone to talk to about it.

6. Using Diapers
Diaper use should be discouraged in older children. The self esteem may become diminished in older children when they wear diapers. This goes back into the point made regarding humiliation. They may become embarrassed should their friends find out, and they might not want to have sleepovers so that no one will see the diaper. In addition instead of coping with the problem, the usage of diapers sends the hidden message to the older child that the parents don’t count on him that he will overcome the issue. Thus the usage of diapers with older teens just commemorate the bedwetting problem.

7. Comparing Siblings
Parents should also try to avoid comparing their children to one another, especially when it comes to potentially embarrassing subjects, such as wetting the bed. An even worse situation is when the younger child is the one that is dry and the older child is faced with the problem. Parents may ask the older child why he is not able to do it when the younger one is. When this happens there can be emotional problems that follow, such as frustration, jealousy, and shame.

Parents are very capable of making mistakes, just like all humans are. This list has covered the top 7 mistakes that they make when it comes to their child and bedwetting. From punishment to sibling comparison, parents can easily have times of unintentional fault. Parents should show confidential support and compassion when dealing with sensitive issues in their child, like bed wetting. Although they may want to fix their child’s problems, they need to make sure that they are focusing on the most effective and positive proven methods in order to prevent an increase in negative effects.

When Your Kids Have No Interests